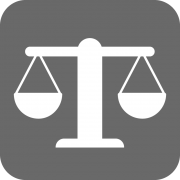 Most people consume products of animal origin such as meat, fish, eggs, milk (or dairy products like cheese or yoghurt) and honey. These products are a healthy part of our diet. Every now and then there are however incidents where safety of these products is up for debate, for example the problems with fipronil in eggs. In Europe a lot of measures are taken to guarantee the quality and safety of our food, including product of animal origin.

In this article we explain which precautionary measures are taken to make sure that everybody will be able to enjoy these products. 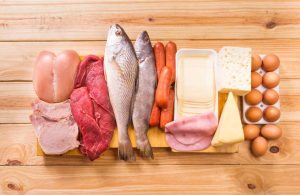 Substances that are not naturally present in our food, such as feed additives and components used in veterinary medicines, have an Acceptable Daily Intake (ADI). This is the maximum amount of a substance that you can consume during your life without negative effects on your health. An ADI will only be determined when it is proven that a substance is not carcinogenic. Substances that may have a carcinogenic effect are not allowed to be used in the food chain and therefore do not get an ADI.

The ADI is usually determined through animal tests. The animals used for testing receive different doses of the substances to determine the highest concentration at which no negative effects are encountered (NOAEL: No Observed Adverse Effect Level). When several NOAELs are determined for the same substance, the lowest NOAEL is always used, unless it can be justified that another NOAEL is more appropriate.

The NOAEL is however not just taken on as ADI; two uncertainty factors are incorporated. The first factor is to compensate for possible differences between toxicity in the animals used for these tests and humans. The second factor compensates for the fact that some substances may be more toxic for specific risk groups such as elderly people, pregnant women, babies and children.

MRL stands for Maximum Residue Limit. The MRL is important for food safety, because food of animal origin should not contain any residues in concentrations higher than the MRL.
A MRL is specifically determined for one active ingredient and should be determined for all pharmacologically active substances in veterinary medicines and biocides that are used in food-producing animals.

Table 1 Standard Food package for the determination of the MRL

The MRL should be determined in such a way that the exposure to the consumer is below the ADI. A lifelong exposure and ways other possible routes of exposure to the consumer of the same substance are taken into account here. When a substance for example is used in veterinary medicines, as well as in crop protection products, only 45% of the ADI may be used in the determination of the MRL for the use of this substance for veterinary use.

An overview of all determined MRLs can be found in table 1 of the Annex of Commission regulation (EU) 37/2010.

The European Commission approves an application for the determination of a MRL and the level thereof on the basis of a scientific risk assessment by the CVMP (Committee for Medicinal Products for Veterinary Use, European Medicines Agency).

Amongst others, the results of the studies of the ADI and residue studies are taken in account. The risk of toxicological, pharmacological and microbiological effects on humans is taken into account as well. In addition, the pharmacological properties of the substance in the relevant animal species are examined. For substances that are used in food-producing animals, long-term exposure, possible effects on fertility in multiple generations and effects on pregnant animals, the embryo and the foetus are examined as well.

One of the things that is investigated, is the effect of a substance on the human intestinal flora. An assessment is made to determine whether the colonisation barrier could be disturbed. This barrier is formed by the normal intestinal flora and limits the invasion of exogenous micro-organisms and overgrowth of potentially pathogenic micro-organisms. It is also determined whether there is an increase in resistant bacteria.

Besides the characteristics of the substances and residues, the situation regarding the intended use of the substance is examined as well. This is done through a recommendation on risk management , including for example the following factors:

Is an MRL always needed? No, there are exceptions. In some cases it is decided that residues in food are not dangerous for the consumer and because of this a MRL is not required. For example the use of vitamins of those it is known that they don’t have adverse effects, but are essential for humans and animals (for example biotin or folic acid).

A MRL is neither needed for substances that are pharmacologically inactive, which are only used only as excipient of preservative and are found to be safe. These substances then fall outside the scope  of the European MRL regulation.

Substances that are not allowed

Another exception occurs when it is concluded that the presence of a substance in food is undesirable, even if it is in low concentrations. This conclusion can for example be drawn when the presence of even very low concentrations pose a risk for human health. The substance will not get a MRL. Even when no definitive conclusion can be made on the consequences for human health, no MRL is determined. In such a case the substance is prohibited for use in food-producing animals. One example of such a substance is chloramphenicol. This substance is prohibited due to the possible risk on genotoxicity. This means that chloramphenicol possibly damages the genetic information in cells (the DNA), which could lead to mutations and eventually to the occurrence of cancer.

Finally, the MRL is implemented as the withdrawal period. This is the minimum period between the last administration of a veterinary medicine under normal conditions and the production of food derived from the animal. The objective of the withdrawal period is to make sure that there are no residues in food in concentrations that exceed the MRL.

For quick and easy access to the information , the withdrawal period is always mentioned on the Specific Product Characteristics (SPC) and on the package leaflet and/or packaging of the product.

Veterinary medicines for food-producing animals can only be registered when an ADI and MRL have been determined and it has been shown that the withdrawal period indicated is sufficient to prevent exceedances of the MRL in products of animal origin. This is shown in residue studies. In these studies the product is administered to healthy animals used for these test and the residues in tissues and other products of animal origin are determined at different time points after the last administration. The animals used in these tests are always of the same animal species as the animals for which the product will be registered.

Veterinary medicines are only allowed for use in food-producing animals when they are registered for the concerning animal species. This means that a withdrawal period is established for the given animal species.

Only to avoid unacceptable suffering in animals, a product that is not registered for the intended animal species and indication is allowed to be used (cascade). This is only allowed for substances for which a MRL is established (possibly in another animal species) or for which it is determined that no MRL is required. And of course there are rules to determine the minimal withdrawal period for the species in which the product is used.

All above mentioned studies have been executed before a veterinary medicine is registered. But does it mean that the measures stop as soon as the product is on the market? No! After the approval of the registration, several steps will be taken to ensure food safety too.

Table 2 Results of the monitoring on EU level

Besides the regulations described above, there are some additional quality systems which ensure food safety of products of animal origin.

These quality systems often impose extra requirements, which are additional to the legal standards.

Besides, a risk on a possible negative effect is always taken very seriously when assessing the ADI, NOAEL, MRL and withdrawal period. Food safety is always the most important factor.

Distocur; don’t you also want to treat your dairy cattle against liver...
Scroll to top