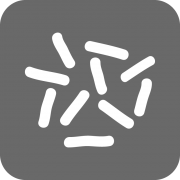 Necrotic enteritis is a very important disease in broilers and turkeys, but is also found in layers and breeders. It is caused by toxins and enzymes produced by pathogenic strains of C. perfringens.
In the field, the disease is characterized by different clinical forms. A group of authors from the department of pathology, bacteriology and avian diseases of the faculty of veterinary medicine in Ghent (Belgium) recently published about the distinction of two clinical forms of necrotic enteritis (Goossens et al. 2020). In this article we will briefly present their conclusions.

Necrotic enteritis is characterized by necrosis of the small intestine. In 2019 we informed you about the toxinotypes of C. perfringens. The netB-producing toxinotype G was positioned as the most probable cause of necrotic enteritis in birds. You can find this article on our website.
There are however still research groups that isolate netB-negative toxinotype A strains from birds with this disease. When infecting other birds with these strains, they also develop disease, supporting that these strains are pathogenic. Re-isolation of these strains from the infected and diseased birds is however not reported. The postulates of Koch have therefore not yet been completely fulfilled.

Besides the fact that two different C. perfringens toxinotypes are isolated, there are two distinct presentations of disease on necropsy; a haemorrhagic and a non-haemorrhagic form, which are explained below.

In the picture you can find the typical necropsy of a broiler with severe non-haemorrhagic (A) or necro-haemorrhagic (B) enteritis (Goossens et al. 2020).

Figure 1 Necropsy of a broiler with severe non-haemorrhagic (A) or necro-haemorrhagic (B) necrotic enteritis (Goossens et al. 2020)

Because of the confusion caused by the use of one single name for the description of these two syndromes, Goossens et al propose to rename the haemorrhagic disease entity to necro-haemorrhagic enteritis.

The different entities of necrotic enteritis can cause severe problems in farms. When treatment is indicated, it is advisable to use narrow spectrum antibiotics. As Dopharma we have the narrow spectrum penicillin Phenoxypen® WSP in our portfolio.