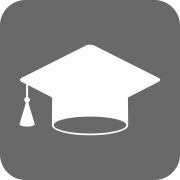 Adenovirus infections are highly prevalent among birds, but nevertheless it is worth emphasising at the outset that their significance in poultry pathology is a divisive question and one where several controversies rage. These viruses have been categorised into the three genera of Avi-, At-, and Siadenovirus. In the Aviadenovirus genus, there have so far been 14 species of virus identified which infect chickens, turkeys, ducks, pigeons, geese, psittacines, and Hawks. Three species of turkey aviadenovirus (TAdV) have been identified thus far and they are B, C, and D. Two serotypes have been differentiated in the TAv B species, TAdV-1 and -2, and TAdv-4 and -5 are the representatives respectively of species C and D. Serotype TAdV-3 in the Siadenovirus genus is the virus causing haemorrhagic enteritis in turkeys.

Aviadenoviruses may be isolated from both healthy and diseased birds and are typically not capable of inducing a disease state without other contributive factors. These viruses are extremely often isolated from birds which have previously recovered from immunosuppressive infections. Pathogens of this kind are stated as the primary cause of such broiler chicken diseases as inclusion body hepatitis (IBH), hydropericardium syndrome (HPS), gizzard erosion (GE), and tenosynovitis. Aviadenoviruses are also involved in respiratory tract diseases and exhibit immunosuppressive properties causing lower effectiveness of prophylactic vaccinations.

These viruses are also highly prevalent in the turkey population. They have frequently been isolated from samples in cases in which the disease course is marked by respiratory symptoms, diarrhoea and gastrointestinal tract symptoms and declines in laying performance; however, the majority of attempts to recreate the clinical course of the disease experimentally using “turkey” isolates have not yielded effects.

To date, only cases of IBH and inclusion body tracheitis in turkeys which had clinical disease courses correlating strongly with aviadenovirus infection have been more thoroughly identified and described. Rare cases of GE in turkeys have also been described; however, the majority of these were identified with the action of intoxicants. On the other hand, Minta and Koncicki described a clinical case of GE in 2–3-week-old slaughter turkeys in 1996 where agar gel precipitin test results suggested an adenovirus as the aetiological agent of the disease.

The authors’ observations lead to the conclusion that the significance of Aviadenoviruses in turkey pathology is rising, while further research is still needed to establish the infection route and the role of the viruses in the development of the diseases in the cases described.

This summarises an article published in Polski Drobiarstwo [Polish Poultry Farming], issue 2, 2019. The full article may be found at https://polskie-drobiarstwo.pl/archiwum/numery/198